Some have experience problem with using their Windows 10 computer with CorelLaser.
This is due to a update of Windows called the anniversary update, with this windows denies unsigned drivers to be installed.

Solutions
1: Have a computer without the anniversary update, install the Corel and CorelLaser software. Plug in the machine, and update after that.

I purchased CorelDraw 2020 with the impression CorelLaser was included. Could someone tell me if it does come with the program and I may be doing something wrong or is it a plugin I need to download or purchase? If so, where do I get CorelLaser?
Thank you

CorelLaser is a addon made by a Chinese company, not Corel.
I would suggest you use K40 Whisperer instead, no need for the dongle. You can still design in Corel if you are used to it or Inkscape.
I have sent you a email with the link to CorelLaser addon.

Hello could you possibly help me. I have a k40, which worked well
with the software it came with. Then after a couple of weeks it would only Initiate and do a preview but will not do any engraving anymore. I’ve emailed Omtech and they’ve said it’s the USB Dongle that’s not working, I had a new today from them still not working and just shows This function need USB-KEY support ??

Any help greatly appreciated. Thanks.
P.S My laptop is on Windows 10.

Download K40 whisperer and test with that software to confirm the machine and controller board are okay.
No USB dongle needed for that software at all.

Hi thanks but I tried whisperer before but it does not work on the k40. Any other ideas please ??

You can read the model-number on the controller board inside the machine and compare it on k40 Whisperer website list of accepted controllers to make sure.

Hi here pic of my controller board.
Thanks

Regular M2, this should connect perfectly with K40 whisperer software.
If it doesnt, change USB-cable and/or test with another computer.

As directed by HP Persson, I went to the K40 whisperer home page. There was a list Controller Boards Known to Work with K40 Whisperer. These boards are the ones that the USB connects to. I did not find my board on the list. Here are the numbers I found on my USB connection board: BE112096 and 9C249923. Will Whisperer work with this board.

Also, am I to understand that my image creator should be created in Inkscape and imported into K40 whisperer? I am just trying to get a feel of the whole project. Thanks

Take a photo of your controller board and send it to hp@hawklaser.com and i´ll check if its compatible.

If I use the K40 Whisperer software how do I install it and does it come with the K 40 Driver? Does it need the K 40 flash drive to work?

Explicit details please – step by step or point me to a web site that will guide me through it. Currently the only graphics program I have on my computer is Adobe Essentials. I am using up to date Windows 10.

Go to K40 Whisperer homepage, it has all instructions you need. No need for the usb-dongle with whisperer. https://www.scorchworks.com/K40whisperer/k40whisperer.html

I got a laptop that had Windows 10 with the update already on it so I can’t roll it back. Is there a workaround for Corel laser that you’ve seen yet?

You should see the anniversary update in the control panel where you find apps and softwares installed. But i would suggest you go with K40 Whisperer software instead. 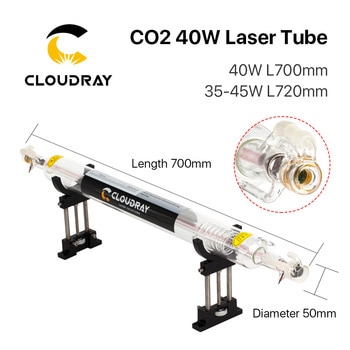